For the eighth time in history, the Federal Reserve attempted to support equity markets with an emergency rate cut. The surprise cut was met with heavy selling pressure, as market participants "sold the news" after an initial pop in equity prices. Bond yields continued to descend as the 10-year Treasury fell intraday to an all-time low of .908%. 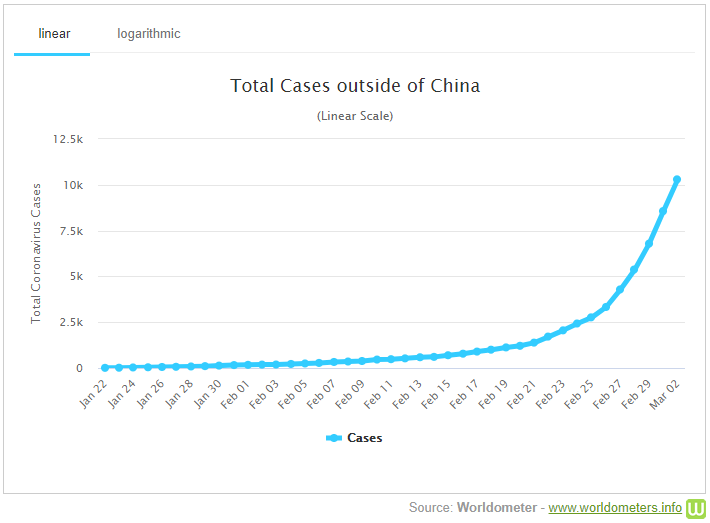 There are three reasons why the market sold off today:

This coming weekend we get the first real glance on the impact of the coronavirus to the Chinese economy. On March 7th, China is set to release January & February exports and imports year-over-year. Here are the previous readings and consensus expectations:

Hopefully, over the next couple of quarters, equity markets can find their footing. It will be interesting to see the Q1 earnings for U.S. companies which come out starting in April. This data should enable markets to more accurately price in the economic effects of the coronavirus to equity prices. In the meantime, expect volatility to remain at elevated levels as markets price equities based on assumptions.